Chris Watkins is a lifelong Peoria resident and an 18 year veteran of the Peoria County Sheriff’s Office. After graduating from Limestone Community High School, he joined the United States Air Force. After deployment in Iraq and service in the Air National Guard, Chris began his employment with the Peoria County Sheriff’s Office in 2004. His career began as a Corrections Officer, but he worked his way up through the ranks serving as Patrol Deputy, Lieutenant, Director of Courthouse Security, Patrol Captain, and currently as Sheriff. 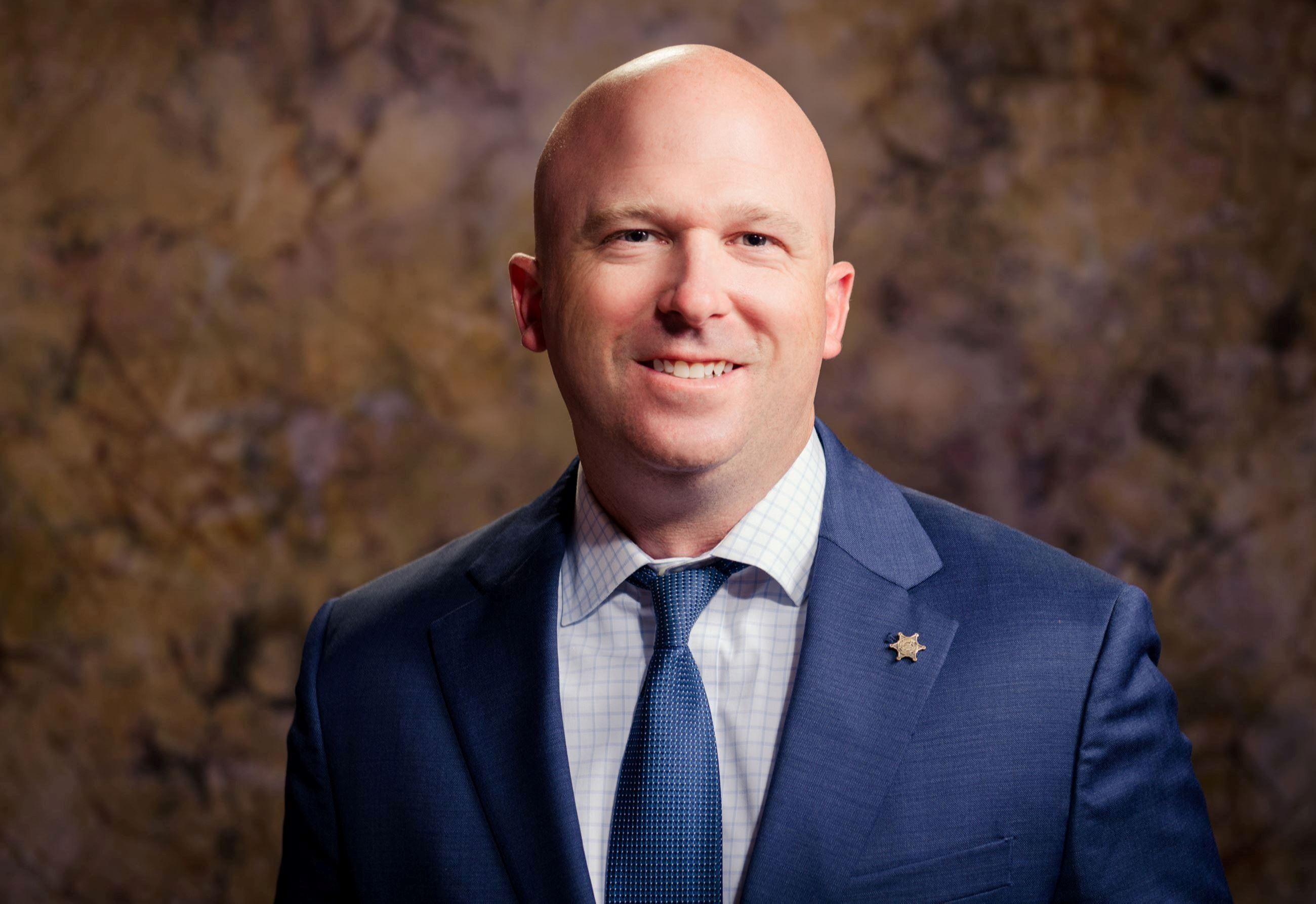 In addition to his job titles, Chris has also served as Vice President of the police union, and as a member of the Central Illinois Emergency Response Team, FBI Safe Streets Task Force, and the Weapons of Mass Destruction SWAT team in Illinois. Chris was previously named Deputy of the year, in addition to other recognition awarded to him by the Sheriff’s Office and the Air Force.

Chris’s leadership extends outside of his duties as a member of law enforcement. Since 2019, he has served on the Board of Directors at FamilyCore, a local nonprofit that works with schools, the court system and other social service agencies to connect counseling, intervention, preventative education and other support services with those who have a need. Chris has a soft spot for youth development, coaching, mentoring, and being a good role model to allow the youth to have the best possible support network possible. Whatever he is involved with- whether it is training staff at FamilyCore on Safety and Awareness or speaking to United Way organizations about the social and emotional needs of youth- Chris gives 110% of his energy and knowledge.

Chris has also made time fostering a new generation of leaders through his involvement with youth sports. He has been a Dunlap Recreations board member since 2019, and has served as head coach of Dunlap travel baseball, as well as the Director of Flag Football for Dunlap JFL. In all of these positions, Chris has utilized the discipline, work ethic, and communications skills cultivated through his work to mentor and coach young athletes both on and off the field.

Also in 2019, Chris graduated the Northwestern University School of Police Staff and Command, an intensive police management and leadership program that helps prepare mid and upper level personnel for senior command positions. He is currently completing his B.A. in Organizational Leadership at Lincoln College.